Austal announced the award of a contract to design and build a 109 metre vehicle passenger (RoPax) ferry for Molslinjen of Denmark in June 2016.

Austal announced the award of a contract to design and build a 109 metre vehicle passenger (RoPax) ferry for Molslinjen of Denmark in June 2016.

The 109 metre RoPax ferry is an enhanced design based on Austal’s proven large catamaran platform, with a new optimised hull shape and vessel weight minimisation solution that delivers better performance and greater fuel efficiency. Innovations such as these will enable Molslinjen’s new high speed ferry to achieve lower operating costs and deliver an enhanced passenger experience on routes operating in the Kattegat sea, Denmark.

The first-in-class vessel is the first built by Austal to feature two full vehicle decks for 425 cars, or 610 lane metres for trucks and up to 232 cars.

With a capacity to carry up to 1,006 passengers safely and comfortably at speeds up to 40 knots, the all-aluminium catamaran, supplied by Capral Aluminium, delivers greater capability to Molslinjen to achieve early, valuable returns on a strategic commercial investment.

At the contract announcement, Austal Chief Executive Officer David Singleton said: “Once again, Austal has demonstrated that it is a world leader in ship design and construction, with the sale of this newly optimised class of very large 109 metre ferry to a highly discerning customer. We are continuing to innovate by investing in our designs and our manufacturing capability, which has led to this reference customer sale.”

A total of seven large (greater than 100 metres long) high speed RoPax ferries have been produced for international operators at Austal’s Henderson shipyard since 2001. 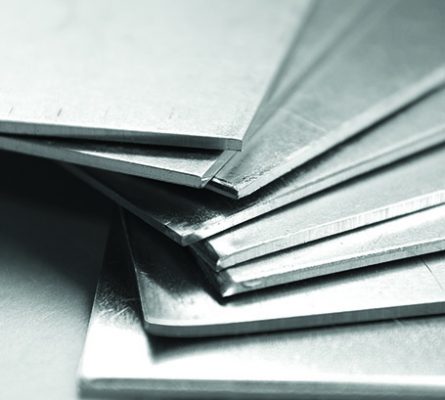 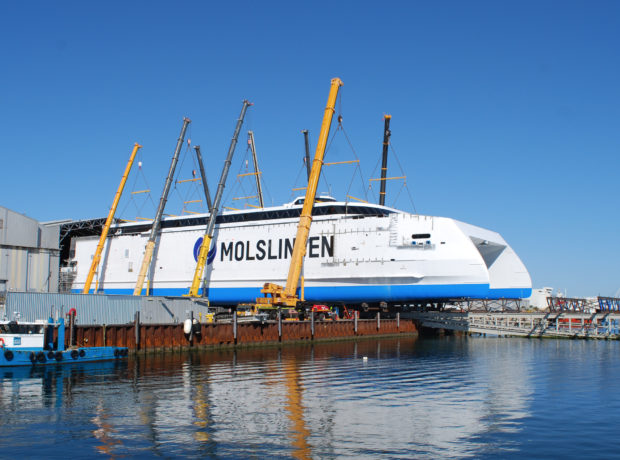 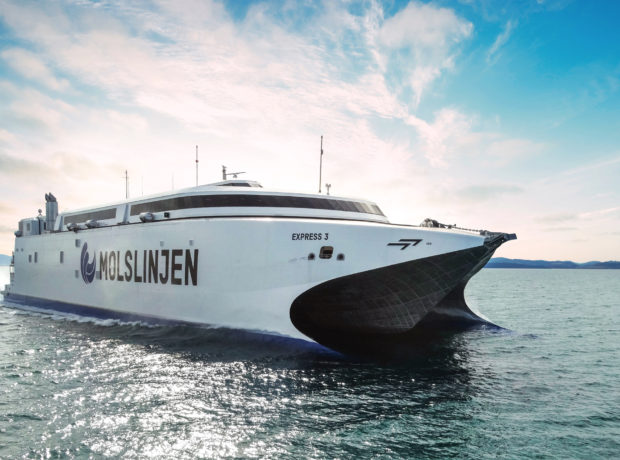 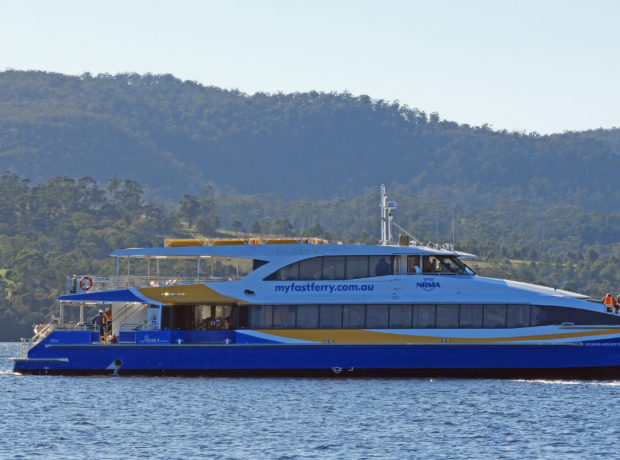 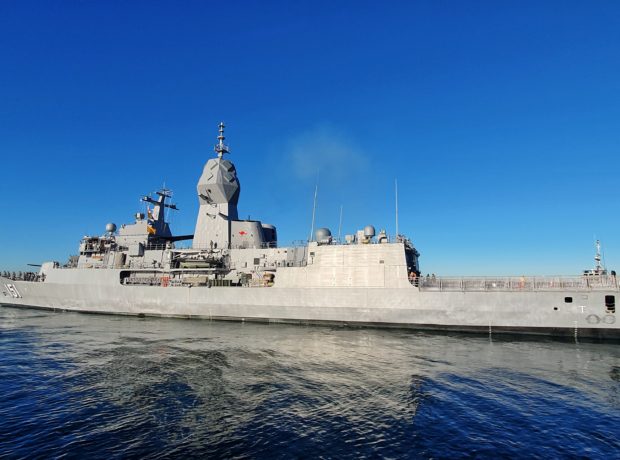 The First Of Class ship
View All