The $98.3 million expansion of University Hospital Geelong showcases world-class materials and services, paving the way for improved healthcare in a burgeoning hub of regional Victoria

The $98.3 million expansion of University Hospital Geelong showcases world-class materials and services, paving the way for improved healthcare in a burgeoning hub of regional Victoria.

As one of Victoria’s largest and most sophisticated regional public hospitals, University Hospital Geelong provides crucial healthcare services to the State’s second-largest city. Formerly known as Geelong Hospital, the enlarged seven-level facility offers emergency, palliative and intensive care treatment for residents of Victoria’s central coast, including expanded oncology and orthopaedic wards, each comprising 32 beds. Other improvements include eight additional sub-acute beds, a cancer care wellness centre, as well as ‘sky gardens’ overlooking the nearby Corio Bay. The hospital is also a teaching facility, with formal links to Deakin University and The University of Melbourne . Due for completion in mid-2015, the upgraded facility is noteworthy not only for its invaluable medical and teaching services, but also for the thoughtfulness of its design and scope for adaptable healthcare for many years to come. Built by Kane Constructions and designed by Silver Thomas Hanley (STH) Architects, the structural additions provide four extra levels of useable space above the existing emergency department. Careful assessment of current and prospective healthcare needs underpinned the initial design work, according to STH Associate David Collins. “We went through a process with the executive team from the hospital to flesh out exactly how they wanted to best care for their patients,” he says. “One of the biggest changes that most people will notice is a push towards the highest possible number of single bedrooms; for example, one of the floors has 100% single rooms for that particular ward.” Other internal enhancements, Collins adds, include improved visibility of patients from monitoring stations. Of course, such improvements have consequences on external designs and fittings. “As soon as you start to add lots of single rooms, you need more building perimeter to access views, natural light, and in turn you connect all the rooms through corridors back to staff hubs.”

RIGHT FAÇADE FOR THE TASK
A predominantly glazed façade neatly satisfied the requirements for airy, light-filled wards while safeguarding thermal and acoustic performance criteria. As a construction-managed project, the design and construction teams were able to work in concert to ensure all specifications were correct and appropriate at every stage of the work. Having considered the project challenges, including site constraints, access and speed in which the project needed to be completed, the CW175 was chosen for its flexibility, engineering and structural integrity. Researched, developed and manufactured in Australia by Capral Aluminium, the CW175 Curtain Wall is a structurally glazed system, developed to provide a robust and flexible Curtain Wall solution for small to mid-sized projects. Being structurally glazed, the system may be installed so that no aluminium surface is visible from the outside of the building giving ultra clean lines and a contemporary external appearance. Alternatively aesthetic beads may be fitted to the outside to give a strong aluminium look if desired. Another important consideration in specifying the CW175 was the strict AS4284 testing regime Capral had undertaken.

The installation team needed to overcome cramped and restricted access to the building site while achieving a finish and performance level of the highest quality. “Part of the brief was that we needed a system that could be installed solely from the inside of the building, and didn’t need any major access from the outside; certainly we weren’t allowed to have any scaffolding.” Collins says the Capral CW175 Curtain Wall, with its internally managed installation processes, achieved this goal. “It meant we could maintain access to the emergency department below the building works, which could not be impeded under any circumstances,” he says. “And there was also an expediency factor that was required – we needed to get the façade up as quickly as possible to make the building watertight because of the occupied spaces below. When building above occupied levels, it is important to mitigate water ingress as soon as slabs become exposed. Capral Aluminium was able to deliver the speed we needed.” A third motivation for specifying a locally made Curtain Wall system involved the easy and flexible management of site workflows. Collins says the presence of local manufacturers saves time and effort in two ways: not only are local companies able to respond more swiftly to tenders, finalising pricing more readily than overseas counterparts, but they also have the capacity to react instantly to one-off requests throughout the cycle of a project.

GLAZING SPECIFICATIONS
The functionality of the façade depended on a close working relationship between the designers, Capral Aluminium, the façade fabricator West Coast Windows, as well as the glass installer Menzel Glass (both West Coast and Menzel are local Geelong-based companies). “The glazing is ‘enhanced’ from a thermal as well as an acoustic perspective,” Collins says, explaining that energy efficiency and patient comfort called for rigorous thermal performance, while a helipad designed to go on top of the building necessitated tight acoustic control. The solution was a Low-e performance glazing IGU system, (6mm clear/12mm with argon/10.38mm laminated external glass) with SuperBlue tint. This configuration, Collins says, minimised the internal reflectivity.” Another feature of the CW175 is the option of integrating both vertical or horizontal sun shading directly onto the Curtain Wall system, without sacrificing structural or water performance. The fixed horizontal articulated shading system provides extra shade and comfort to selected rooms, and patients can make use of manual radial or sheer blinds to control light levels in their own rooms. The façade does not include openable windows; however, patients seeking stunning views and fresh air can make use of a sky garden. This garden is a naturally ventilated relaxation area featuring fixed panes of glass fitted with ventilation slots.

LOCAL TEAMWORK
When the building is completed in a few months’ time, it will bear the hallmarks of a carefully considered, highly adaptable public utility. Collins says there is some flexibility to change the useage of different sections of the facility without the need for major refurbishments. An additional bonus was that all suppliers and trades working on the project were locally sourced, providing much-needed employment to local companies – Capral’s CW175 Curtain Wall was engineered and manufactured locally to specifically accommodate Australia’s climatic conditions, and designed to meet the stringency of the National Construction Code.

The level of skilled trade and materials assured quality and peace of mind; however, notwithstanding the need to remain cost-competitive, local firms offer the benefits of clear lines of communication, direct accountability regarding compliance with local codes and standards, as well as quick turnaround times when fabricating and delivering orders. Most importantly, a network of local team members allows for streamlined project management and scheduling. “That has certainly been our experience,” Collins says. “As far as we are concerned, we were able to work really well with all the local guys; it’s been a good team effort from everyone.”

Capral’s National Marketing & Technology Manager Jeff Rotin is delighted for Capral CW175 to have been specified on such a significant local project. “The University Hospital expansion has provided the opportunity to collaborate with West Coast Windows and BG&E Facades to deliver a striking outcome. In particular, the ability to utilise the CW175 system while also drawing on Capral’s product design and technical expertise to deliver a truly customised solution”.

“BG&E Facades was the certifying façade engineer on the project. In the initial stage we evaluated the suitability of the Capral Aluminium unitized curtain wall system for the Hospital, taking into consideration structural, build ability, movement and weathering of the project specific requirements.
We found that the system was robust and approved it for use. We however made minor changes to the joints to accommodate panel raking due to the building movements. Capral was accommodative and their design team worked together with us and Westcoast Windows to resolve the design issues.
Additional analysis had to be carried out to the mullion as there were horizontal and slanting sunshades which transferred significant amount of stress back to the mullion. In addition, the design was to have minimal brackets and concealed fixings.
Overall a great project to work on and one that our team is exceptionally proud”.
Oliver Ng
Practice Manager
BG&E Facades Pty. Limited 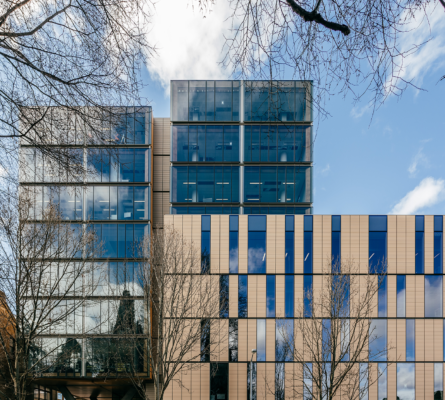 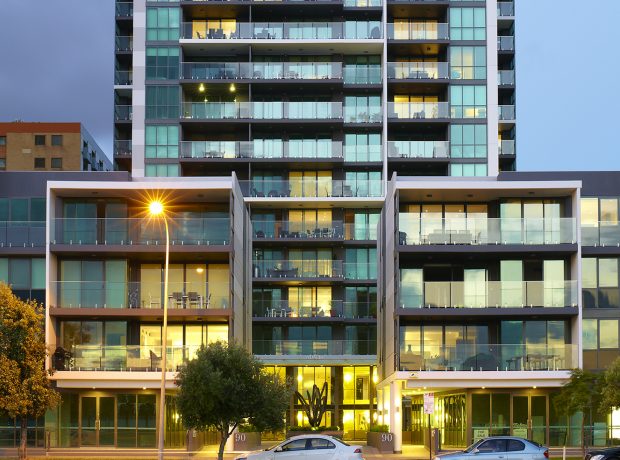 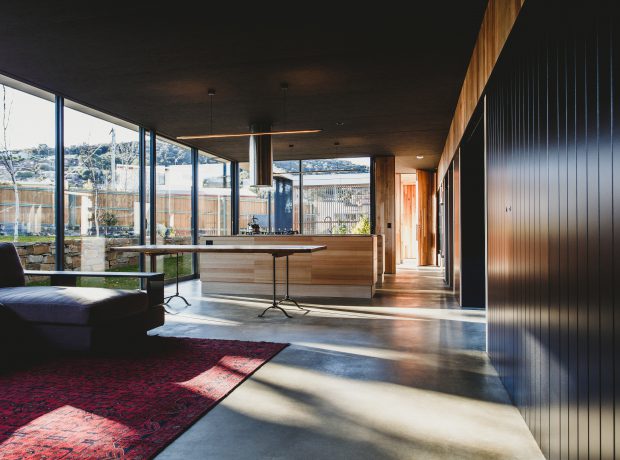 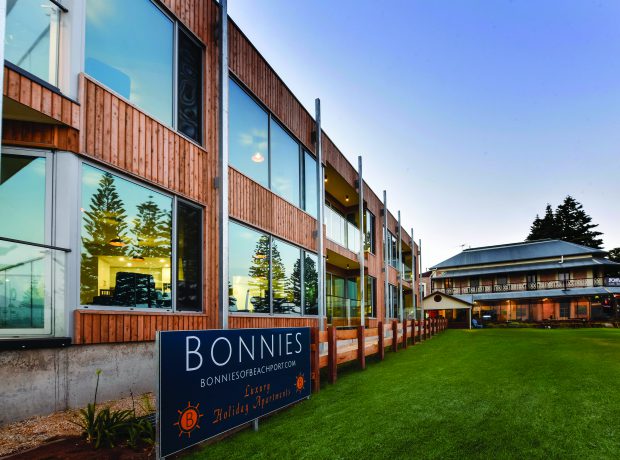 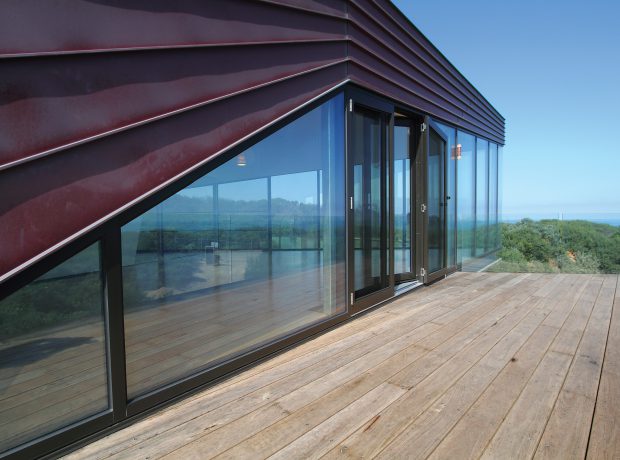 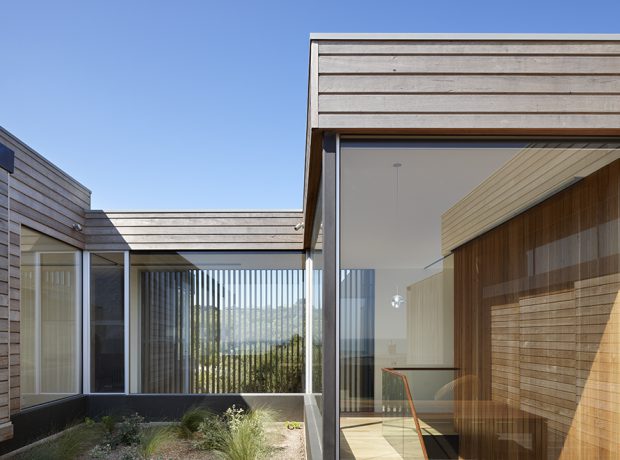 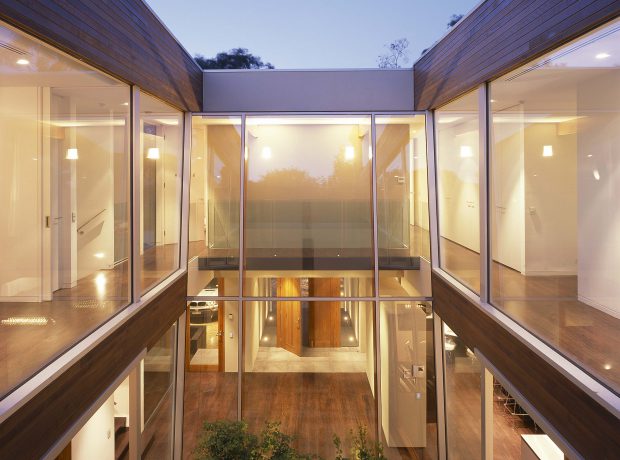